“What began as volunteering with the Pennsauken First Aid Squad has turned into a fabulous career! Wouldn’t change a minute.” – Patti Walsh

Patricia “Patti” Walsh left us suddenly on June 24, 2014. She served as the Southern Region Vice-President for NJ-NENA over the past 3 years. Prior to that, beginning in 2009, Patti served as a conference committee volunteer.

Patti resided in Collingswood, NJ.  She is survived by her companion, William Tucker, Jr., her children, Lawrence (Colleen) Walsh, Jr. and Kaitlyn Tucker. She is also survived by two grandchildren, Kayla and Matthew.

Patti’s first job in public safety, was as a trainer for Multi-Media Standard First Aid in 1972. That led her into public safety communications as Dispatcher #9, at Camden County Police Communications, on December 28, 1973. She spent the last 23 years as a telecommunicator for the Cherry Hill Police Department.

Her impressive career spanned over forty years.  We are grateful for her devotion and years of service.  She will be dearly missed by all. 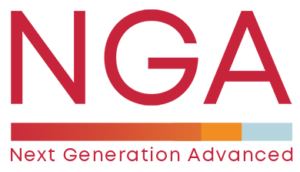